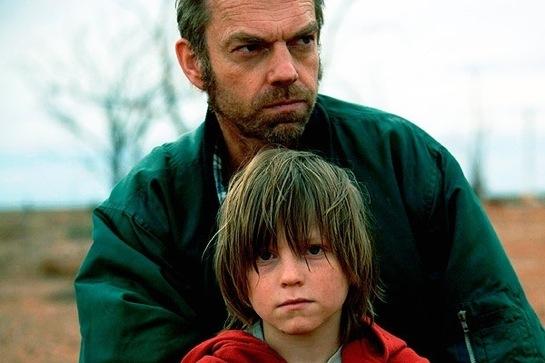 Hugo Weaving has the kind of career all actors must admire. He burst on the international scene in 1994 with a poignant performance as a sensitive drag queen in the much-loved Australian film, “Priscilla, Queen of the Desert,” opposite Guy Pearce and Terence Stamp, and then parlayed that success into prominent roles in some of the most successful films of all time. He was Agent Smith in the “Matrix” trilogy, Elrond in the “Lord of the Rings” films, “V” in the dystopian thriller “V Is for Vendetta,” and the “Red Skull” in “Captain America: The First Avenger.” Weaving has also been lauded for his stage work in Australia including recent productions of “Uncle Vanya” with Cate Blanchett and a new adaptation of Christopher Hampton’s “Les Liasons Dangereuses.” Later this month, Weaving and Blanchett will bring their Sydney Theatre Company version of “Uncle Vanya” to Lincoln Center in New York.

In addition to these high-profile ventures, Hugo Weaving has continued to appear in the kind of smaller independent films that he made early on. In “Last Ride,” directed by Glendyn Ivin, Weaving gives one of the most powerful performances of his career. The film is the story of a father and son traveling across Australia. The father, Kev (Weaving), is on the lam from the police. His 10-year-old son, Chook (Tom Russell), loves his dad but suffers as a result of his father’s damaged past and difficult present. The film, which opens today in select cities and is available everywhere on demand, is definitely a ride worth taking. I spoke to Weaving by phone. He had just returned to Australia from New Zealand, where he was reprising his role as Elrond in Peter Jackson’s upcoming “The Hobbit,” a two-film prequel of sorts to “The Lord of the Rings.”

MSN Movies: Has it been a conscious decision on your part to mix up roles in these amazing international blockbusters with parts in small independent films like “Last Ride?”

Hugo Weaving: Well, when I first started in this business, the only films I could do as an actor fresh out of drama school were these low-budget Australian films! I did a bunch of them and then a couple of the films started getting noticed at festivals. The success of “Priscilla” led to “The Matrix” films and started me on this parallel career in these big-budget mostly American-funded films. But I’ll always continue to make the smaller films. If someone forced me to choose just one kind of thing to work on, I’d probably choose films like “Last Ride”—lower budget, smaller crews, working with writer/directors, on the road for six weeks. That would be definitely be my preference since these films stretch me so much as an actor. I’m just about to start another low-budget film up in Queensland but then right after that I’ll be promoting “Cloud Atlas” which is a much larger venture that I shot in Germany last year with Tom Hanks, Hugh Grant, and Susan Sarandon. I feel very lucky to be able to move from one thing to the other!

What’s so amazing about your performance in “Last Ride” is how at times you are this monster of a father but then at other times one of the most caring fathers I’ve ever seen on screen. Was that a hard balance to strike?

After I read the screenplay, I read the original book by Denise Young. In the book you get a very strong sense of Kev’s childhood and what happened to him—his father was a nightmare and you see how it’s all a continuum. If you’re brought up a certain way, if you’re pulled every which way as a child and abused by your parent, you’re a very compromised individual, you’re going to be fighting your whole life against yourself to try and express some decent part of your nature. That’s what interested me in the character, that despite everything, Kev does love and want to protect his child. He desperately wants to love him and hug him and teach him, but he can’t be successful at it because he hates himself so much as he hated his own father. As an actor, to play someone who’s at war with himself, that’s so interesting. As human beings, of course, we’re all compromised and complex and contradictory and if a screenplay can express those contradictions within a character and if there’s room for me to express them, that’s a part I’d love to play, so much more than a character who is heroic and one-dimensional.

Obviously the success of this film also hinges on the performance of the actor who plays your son, Chook. Can you talk about working with Tom Russell? Is it a challenge to do such intense scenes with such a young actor?

It’s very different and quite wonderful. Tommy is so completely present at all times—it was a great reminder to me about what good acting is about. When you’re a kid you have this sense of wonder and wholeness and a strong sense of your own identity. The older you get, the more you feel compelled to respond to others. We’re socialized as we grow up and we’re asked to take account of other people, thank God, but at the same time a young child is always so fascinating to watch. Look at a baby’s face. I could watch babies for hours because they’re completely in their own world. Some scenes were difficult for Tom because he’s just a 10-year-old boy but he was always reminding me of fundamentally important things. He also learned certain things about acting and filmmaking from me so it was a wonderful exchange!

I know you shot “Last Ride” back in 2009. Are you surprised it took so long for the film to reach the United States?

Oh, no, some of the films I’m most proud of don’t have much of a life at all, even in Australia. I’m used to it! It’s very difficult, unless you make some kind of splash at Cannes or something like that, like “Priscilla” did. It’s a hard row to hoe for small Australian films. There are a number of other films I’ve done that may have gone to festivals but then got lost. For films like this, if you get a release in Australia, you’re lucky. If you run for more than four or five weeks, you’re really lucky. If you make any money back, then you’re super lucky! You’re dependent on all sorts of weird vagaries which have nothing at all to do with the quality of the piece. So I’m very happy that this film is getting a release in the States. I think Glendyn Ivin is a fantastic young director and I would love to work with him again. I’m so proud to be a part of this film.

“Last Ride” opens today in New York and Boston and next week in Los Angeles. It is available nationwide on Video on Demand.
Interviews and other Articles
Copyright© 2004 - Hugo Weaving | Random Scribblings / Sirens Theme by Peerapong